We are a small team unafraid to take on big challenges. We believe that every client no matter their station in life deserves the very best we can offer.

Our clients know that their cases are not just files to us but that we always consider the impact of the case on their lives. Our goal is to complete the matter within a reasonable time and at a reasonable cost.

Caroline P. Hay QC and Kimberley P. McDowell, Attorneys-at-Law are pleased to advise their clients, colleagues and the general public that effective January 1, 2020 they now practice as a partnership under the firm name Caroline P Hay, Attorneys-at-Law.

We are here to help you.

Ensuring the firm remains committed to serving our clients whilst positively impacting citizens, communities and the country at large.

Caroline Patricia Hay Q.C. was called to the Jamaican Bar in 1994, the Guyana Bar in 1995 and the Jamaican Inner Bar in 2018. A former Senior Deputy Director of Public Prosecutions within the Office of the Director of Public Prosecutions, Kingston, Jamaica, Caroline’s private practice is an increasingly interesting blend of criminal and civil law. Caroline is a civil litigator, instructed in judicial review, injunctions, corporate commercial claims, employment disputes and similar matters. Caroline is also a prosecutor by fiat of the DPP, offering law enforcement and other support in complex fraud investigations, prosecutions and asset recovery. Caroline has practised extensively in the dual fields of Anti Money Laundering/Countering the Financing of Terrorism (AML/CFT) and International Assistance in Criminal Matters. She has been rostered by the United Nations Office on Drugs and Crime (UNODC) as an Expert on Transnational Organized Crime and International Cooperation.

Caroline is sought after to speak and deliver training on issues arising in AML/CFT compliance, law enforcement and international assistance. She has worked with governmental, regional and international organizations in the field and is assists the AML/CFT regulators and the regulated sector in issues concerning compliance

Caroline is the holder of a Bachelor of Laws with honours from the University of the West Indies and a Certificate of Legal Education from the Norman Manley Law School. She is married to Kenneth and together they parent 5 children. She sits on the Firearm Licencing Authority
Review Board as well on the Board of Directors for the McCam Centre and Covenant City Church in Saint Andrew. She was appointed Queen’s Counsel on July 18, 2018. 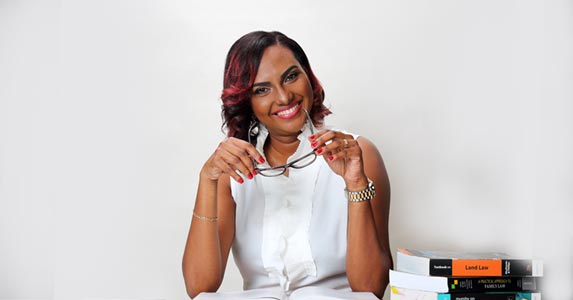 Graduated from the University of the West Indies in 2006 having successfully completed her studies for a Bachelor of Science Degree in International Relations (major) with minors in Criminology and Political Science (Hons.). Thereafter she obtained a Bachelor of Laws Degree from the University of London in 2008, and after completing Norman Manley Law School in 2011 was admitted to practice law that same year where she worked with a medium sized firm in Kingston practicing Civil Litigation. During her 5 years at the firm she gained considerable experience through her practice in the Resident Magistrate’s Court, the Supreme Court and the Court of Appeal.

Kimberley holds a 2nd Degree black belt in taekwondo and while not practicing law, spends her time as a Taekwondo Instructor at the Sidekicks Taekwondo Association. She is a member in good standing with the Jamaican Bar Association and a former member of the General Legal Council’s Information Technology Sub-Committee.

“It gives me the opportunity to make a positive and meaningful impact in people’s lives by helping to protect their rights and securing their livelihood.”

“TRUTH NEVER DAMAGES A CAUSE THAT IS JUST”
– Mahatma Ghandi

Meet your Attorney and Paralegals. 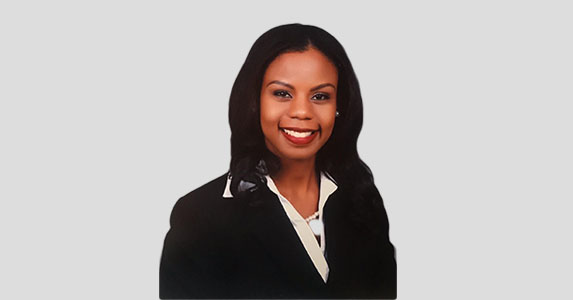 Tereece Kimberly Campbell-Wong first obtained a Bachelor of Science degree in International Relations (major) and a minor in Criminology (Hons.). She is also the holder of a Bachelor of Laws degree (LL.B Hons) with First Class Honours from the University of the West Indies. She completed her professional training at the Norman Manley Law School, Kingston Jamaica (NMLS) where she graduated on the Principal’s Roll of Honour. Thereafter, she was admitted to practice in December 2019. Her practice areas include but are not limited to probate, conveyancing, family law, civil litigation – recovery of possession, debt recovery and personal injury.

“It enables me to zealously fight for the rights of those who entrust me with the areas of their lives that are often most important to them, whether it be their family, business or assets.”

“JUSTICE CONSISTS NOT IN BEING NEUTRAL BETWEEN RIGHT AND WRONG, BUT IN FINDING OUT THE RIGHT AND UPHOLDING IT, WHEREVER FOUND, AGAINST THE WRONG.”
– Theodore Roosevelt

We aim to achieve the right outcome.

Here to help you get started in the right direction. 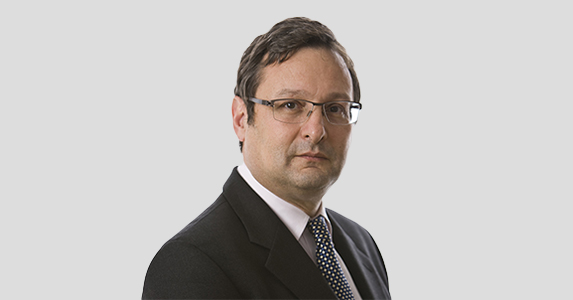 Andrew Mitchell QC is an English Barrister known worldwide for his expansive knowledge of proceeds of crime regimes and litigation.

For at least 25 years, much of Andrew’s practice has involved both civil and criminal matters relating to the proceeds of crime. During this period, he has advised and represented both government authorities seeking restraint and forfeiture of criminal proceeds, as well as private litigants opposing such measures within the United Kingdom and other nations who are members of the Commonwealth of Nations. He has appeared in 10 leading cases UK Supreme Court (including the House of Lords its predecessor) involving the proceeds of crime.

He has recently assisted the US Government with expert evidence in a forfeiture matter. As well as representing the Government of the United States of America he has also represented the Governments of South Africa and India in the Court of Appeal in England and Wales, and the House of Lords, in relation to matters touching and concerning proceeds of crime.

In addition to being Head of Chambers in London, he is a member of Chambers in Port of Spain, Trinidad and Tobago and is currently engaged as Leading Counsel on behalf of the Crown in a case of public corruption in the Turks and Caicos Islands and is a consultant to the Government of Bahamas.

Known as the standout leader in the field, he earns unanimous praise from clients and fellow barristers for his POCA work.

“He is very much a figurehead and a presidential type figure. Because he’s so well respected, he offers those that instruct him great presence in court.”

A “Star Individual”, “King of POCA”, “the godfather of the area”, “Absolutely and unequivocally the obvious choice for POCA” and “Very knowledgeable and well respected by the judiciary”. (Chambers and Partners 2012/13/14/15/16)
Sought after to advise on multi-jurisdictional investigations into allegations of fraud and corruption. His fraud practice is complemented by his POCA expertise. “As a leader he stands out as an exemplar of the highest calibre of barrister… A lawyer with a superb mind that he puts to great effect.”…”Very practical and good with clients”. (Legal 500 2013/14/15).

Since 1992, Andrew has been a co-author of a legal textbook on the developing confiscation law in England and Wales: Mitchell, Taylor and Talbot, Confiscation and the Proceeds of Crime – considered one of the leading legal textbooks on proceeds of crime (whether criminal or civil) and has been quoted in Court decisions from time to time with approval.

He has lectured and run workshops in the Caribbean and have been a guest lecturer at the OECS Bar Association annual conference in 2009, 2014 and 2015 regarding asset forfeiture law. He has lectured and taught at judicial workshops regarding proceeds of crime law, for judges of the following jurisdictions, inter alia, OECS, Trinidad and Tobago, Jamaica, Zimbabwe, South Africa, Mauritius, Palau, Papua New Guinea, Sri Lanka, Solomon Islands and Fiji.

Andrew has recently finished chairing, on behalf of the Commonwealth Secretariat as the lead organisation, a number of plenary meetings with the United Nations and the International Monetary Fund on the redrafting and updating of the model law for common law countries on the Proceeds of Crime, including Money Laundering, Criminal and Civil Forfeiture, and the Financing of Terrorism.

Andrew is currently assisting the Commonwealth of the Bahamas as the lead consultant in the construction of a new ‘gold standard’ Proceeds of Crime Act.

Are you closer to Kingston?

Are you located on the western end?

MEET THE REST OF OUR TEAM

© 2021 Caroline P. Hay. All Rights Reserved. Made with ❤️ by Ikonik Digital Agency.

Call Now Button
We use cookies on our website to give you the most relevant experience by remembering your preferences and repeat visits. By clicking “Accept”, you consent to the use of ALL the cookies.
Cookie settingsACCEPT
Manage consent

This website uses cookies to improve your experience while you navigate through the website. Out of these, the cookies that are categorized as necessary are stored on your browser as they are essential for the working of basic functionalities of the website. We also use third-party cookies that help us analyze and understand how you use this website. These cookies will be stored in your browser only with your consent. You also have the option to opt-out of these cookies. But opting out of some of these cookies may affect your browsing experience.
Necessary Always Enabled

Performance cookies are used to understand and analyze the key performance indexes of the website which helps in delivering a better user experience for the visitors.

Analytical cookies are used to understand how visitors interact with the website. These cookies help provide information on metrics the number of visitors, bounce rate, traffic source, etc.

Advertisement cookies are used to provide visitors with relevant ads and marketing campaigns. These cookies track visitors across websites and collect information to provide customized ads.

Other uncategorized cookies are those that are being analyzed and have not been classified into a category as yet.

Fill the form below to reach out to us. Or send us an email to info@haylawja.com